Born and bred in Soweto's township, Senaone, Saudi whose birth name is Anele Mbisha is a hip hop / RnB Linchpin. His interest in music originates from growing up in a family that loved music and had a vast collection of records. The likes of Brenda Fassie, Michael Jackson and Nina Simone ignited a spark in him to pursue music as a career. The 23 year old artist recorded his first song on an electronic keyboard at the young age of 13.


It was in 2011 during his high school years, when Saudi officially took a step and joined forces with other young rappers. The crew was known as Ozmuzik Victory Lane Over Everything (O.V.L.O.E) . The collective assisted in building his skill as a rapper and beat maker. As Saudi’s musical skills developed, he created a fresh and unique sound in the efforts to define his style of music, naming it “Japan Four”.

This sound is classified as a mixture of R&B, Trap music and alternative Afro sounds. His music is not just beats and lyrics but it is the fusion of unconventional musical elements and contemporary sounds and the edition of ad-libs to the rhythm that compliment and complete beats. The ascending artist later joined forces with award winning record label, Ambitiouz Entertainment and proved his talent by adding catchy musical hooks to some of the greatest hits from the record label such as “Washa” by Dj Citi Lyts, “Couldn’t” by A-Reece, “Dreams” and “Pray for Me” by Emtee. He also featured on the hit singles “Ameni” and "Phumelela" both by Miss Pru.

Saudi then released his debut single under Ambitiouz Entertainment - “There She Go” which received over 800k views on YouTube. A few months later,he gave South Africans his first body of work titled D.R.U.G.S INC, an acronym for Devils Revenge Upon Gods Servant Is Not Crime. It’s the perfect way to sum up the rapper’s views on his upbringing and life experiences. DRUGS INC is Saudi’s compilation that took his whole life to put together. It encompasses songs that were birthed from his own personal experiences. The masterpiece resembles the place he comes from and what lead to all that has happened and where we are today. He has connected with fans via his Drugs inc documentary on YouTube, where part 1 has over 33k views and part2 has over 8.5 k views.

“I’m excited and relieved that all my hard work and dedication has resulted into me realizing my dreams. My dream has always been becoming a professional rapper and recording artist and to create and release an original and valuable body of work. I am quite nervous about my release because I take my art more serious than I take myself or anything else in my life,” He said. The 16-track album includes features from Award winning artists, Emtee and Sjava.

Early 2018 brought through greater fortune for the rising star as he released the news that he is featured in one of the biggest albums to be released in 2018, the Grammy-nominated Black Panther soundtrack alongside artists like Sjava and Babes Wodumo. The track “X” by Kendrick Lamar features Saudi alongside 2Chainz and Schoolboy Q. The song engineered and mixed by the one and only Mfanafuthi “Ruff” Nkosi.

This has expanded his influence onto the web, amassing thousands of fans across social media and music streaming platforms. The creative genius has created a mellow and soulful rendition inspired by lack of loyalty in relationships. Saudi is proving that being different and trusting one’s art can lead to massive success.

Captured from his debut album D.R.U.G.S Inc, Make You Proud is now accompanied by visuals that capture moments and conversations that he recalls having with the two most important people in his life-his mother and grandmother. The music video begins with views of Soweto, an area which is known to be Saudi’s birthplace and inspiration. It then takes the audience back to a few years ago when Saudi saw himself reliving what he had to go through as well as collecting memories that built him to be the man that he is today. The visuals also show young Saudi being tempted into following the wrong path, a darker path and some stage of his life. The slower yet hugely inspirational, “Make you proud” music video takes us back to a young Saudi striving to do right while making his mama and grandma proud in every situation which led him to the MsotraMan we now know. 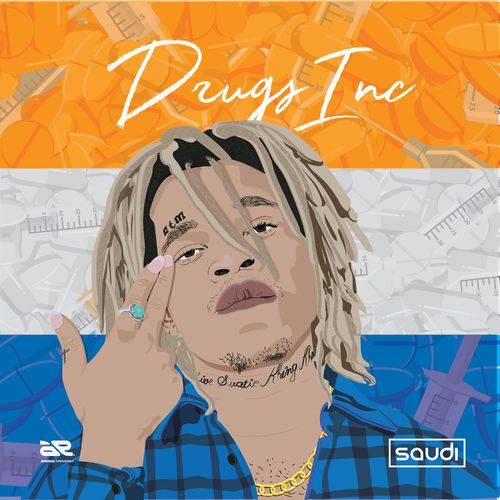 Show all Songs by Saudi, A-Z

Show all Songs by Saudi, A-Z