[h]Background[/h]
Born, Refilwe Mooketsi but known to South African’s as the 1st Lady of Motswako - Fifi Cooper. Proudly representing the iconic town – Mafikeng, the North West bred rapper and songstress is taking her rightful place in the music industry. The 1st lady of Mostwako is also the 1st lady of hip hop in SA leading the way for other female MC’s within the hip hop culture. Undeniably talented, Fifi has spent most of her childhood and teenage years crafting and shaping her art form. From age 8 when she randomly started singing, she never stopped but instead joined choirs throughout primary and high school. During this period Fifi Cooper indulged in multiple music genres varying from Jazz, choral to gospel.

Growing up Fifi spent her afternoons at Mafikeng Mmabana Cultural Center where she fine-tuned her singing and dancing skills. Fifi started to perform at Xpression gaining demand for her sound whilst growing her fan base opening opportunities to work with Motswako’s top lyricists Molemi and Khuli Chana. Fifi Cooper acclaims her late farther as the person who introduced her to the music Industry. Her father rehearsed frequently with her, playing the guitar as she sang. Fifi Cooper is the 1st artist to be signed under Ambitious Entertainment in 2015.

[h]Music Activity[/h]
Fifi’s first single “Chechella morao” caused a lot of talkability allowing her to gain “street-cred” and gaining fans outside of Mafikeng.

Right after contract agreement with Ambitiouz Entertainment, Fifi immediately released her first single “Kisses” featuring AB Crazy. Following that was “Monate C”, then Puntsununu Ft rappers and producers; JR and Kwesta in September 2015. Jan 2016 Fifi released her 4th hit “Truth or Dare” which is still charting on TV. 11 March 2016 Fifi released her 5th single with a video, which debuted on Live Amp on SABC 1.

Fifi Cooper released her debut album titled “20FiFi” in December 2015. The album celebrates the artist’s great achievements and Growth in 2015. Featuring the likes of JR, Kwesta, AB Crazy and hip-hop’s latest sensation and the award winning EmTee. Producers on the album include; Tweezy and Lunatic and Ruff.

“2015 was 20fifi, 2016 is still me! In 2016 I will be giving more of my-self from my album 20Fifi; more hit singles, videos, features and more live performances. I’m so inspired to work harder to create a better life for my family. It’s an honour to represent female hip-hop in SA and more greatly to be an example to young black mothers, our children are not obstacles to our dreams, in-fact they become the reason we can achieve unimaginable dreams as women.”

At 25, Fifi Cooper has built a solid career within the hip-hop space setting a Benchmark for upcoming female artists in SA. 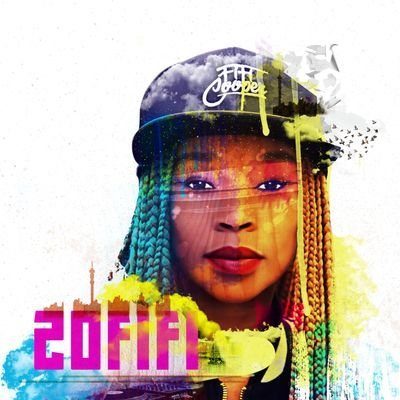